It’s a funny thing when you let your story stew for a while. I think some people see stories as static. If you don’t actively work on them for a while, they just sit there. 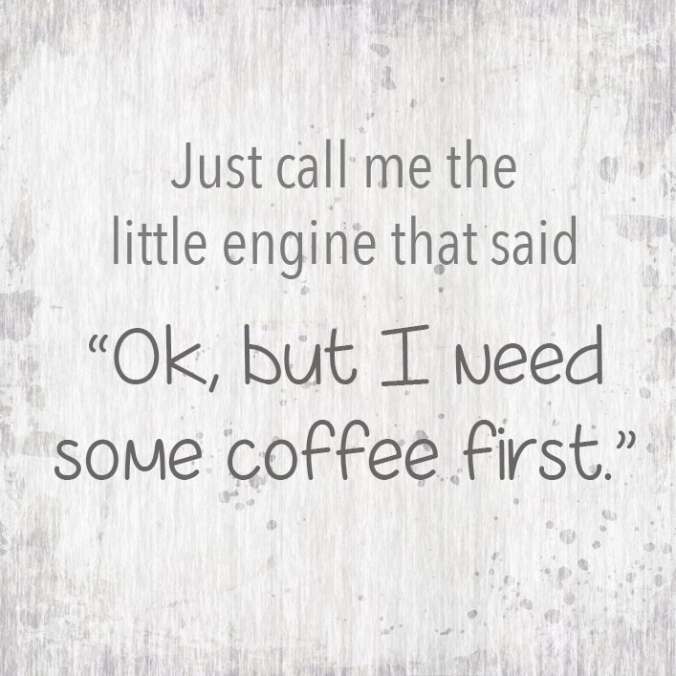 With everything that’s happened in my life over the last year, I haven’t written much. But my story has been through innumerable changes. The biggest shift being that it’s gone from being more fantasy focused to having a heavier time travel element.

It’s going to take me time to rework everything, but all of the work I did before isn’t wasted. I have literal boxes full of source material. Even though I haven’t been able to write prose, I’ve been working on character development.

I love working on character development.

One of my favorite things with writing is when I have strong characters and a general outline for a scene. Then, I can just throw my characters into the moment and “watch” what they do.

I need to get a more detailed idea of what my bad guys are up to!

Oh yes… Rheumatoid arthritis diagnosis. Safe to say, it’s been an adventure! Shortly after that diagnosis, I took a job selling makeup. Super fun! It’s been keeping me busy.

Elements of Time is still rumbling around in my head and on bits of paper stuffed in notebooks. END_OF_DOCUMENT_TOKEN_TO_BE_REPLACED

For the past few weeks, I haven’t been writing or blogging. Thankfully, it’s not writer’s block. It’s more personal.

After years of seeing specialists and enduring countless diagnostic tests, I was finally diagnosed with Rheumatoid Arthritis.

In so many ways, it’s a relief. And a vindication. For years, my primary doctor and I were convinced that there was something systemic and persistent wrong with me, but so many specialists treated me like I was nothing more than an overly-sensitive, dramatic female. My blood tests were normal, so clearly I was fine, right?

And I had the fevers to prove it.

God bless my allergist, he wasn’t satisfied with things either. He ran a number of new tests, and one of those came back abnormal. Twice. It wasn’t enough to diagnose anything, but it proved that something truly was wrong. My primary doctor was tired of dealing with specialists who didn’t take my case seriously, so he sent me to see the Chief of Rheumatology for a major hospital.

My new rheumatologist is amazing. He’s higher ranking than any rheumatologist I’ve seen, but he has shown the most compassion and concern. For a year, he’s seen me once a month. For the past two months – as my symptoms flared up despite strong medications – he’s been on the phone with me once a week. And with the data he collected by sticking with me all that time, he was finally able to diagnose Rheumatoid Arthritis.

And lots of homework. The past few weeks have been taken up with appointments, research, insurance paperwork, and jumping through hoops with a specialty pharmacy.

I’ve been in the weeds for a bit.

I’ve still got a few more hurdles to tackle, but I’m itching to get back to my writing as soon as possible. It’s a compulsion for me, and the best therapy I know.

See you back here soon!

*DITL = Day In The Life. Also known as: Random thoughts on the writing life.

Near the end of this year’s NaNoWriMo, I had a terrifying realization: I need to change my story’s ending.

I thought about winging it. It didn’t seem too daunting because I know a lot about my characters and the detailed big picture behind the story. But, the idea of winging it went out the window pretty quickly. Just shy of the climax, I had to slam on the breaks because one of my minor characters threw a wrench into things.

Messing with my life is part of his job.

Basically, this guy is an old war hero. By old, I mean he’s in his late 800s. He’s about to tell someone off by listing his fantastical deeds on the glorious fields of battle, which meant I needed to have dates and locations for important battles throughout the last 800 years of history. The last millennium of history is full of major battles, so I also needed to know where this character would be and why. Which meant I needed to know more about this (pain in the butt) minor character.

My writing came to a grinding halt.

While I was as taking a break for research, I decided to do a little side reading so I could glean a few tidbits of wisdom before I rewrote the climax. Climaxes are kind of important.

So, I grabbed a book. It was awesome. I read it through in two days and – what have we here? – found a list of recommended books in the appendix! One thing lead to another, and I am currently reading book #4.

I also cleaned up my writing files, printed off a bunch of helpful worksheets, and worked on detailed character profiles and scene charts.

I know what needs happen in the new climax, but I’m not ready to write it yet. There are still a few nuances and possible plot holes I need to work out first.

Thing is, NaNoWriMo was amazing, but I ended November feeling kind of burned out.

The recent break I’ve taken has been a much needed breath of air. I feel like the creative embers are starting to glow again. I don’t need a roaring flame, but I don’t want to craft a new climax in burnout mode.

I can feel it. I’m getting restless and the concepts banging around in my head are starting to reach a fever pitch. Pretty soon, I’ll have no choice but to throw some ink down and see how everything plays out on the page.

I don’t know about you, but the holidays are a crazy time for us. We have 4 family birthdays between November and December, and our closest family members live an hour away. Lots of travel. Things get hectic. How do I survive all of that without losing my mind? Or my writing?

Here’s how I stay afloat when things get a little bonkers.
1. Prioritize
This is going to look different for everyone. END_OF_DOCUMENT_TOKEN_TO_BE_REPLACED

Recap: I did NaNoWriMo unofficially this year. Why not go official and get the cool certificate? Because rules. You can’t have any prose written before November 1st, and I’ve got a massive outline chock full of prose. So, I can’t be all officially official. Instead, I set a goal to write 50,000 words in November for the draft of my current work in progress.

November is always a crazy month for my family. We have three birthdays, two of which require travel of 1-3 hours (one way). Plus, there’s Thanksgiving, which requires hours of travel and/or significant planning. This year also included the bonus of a ridiculous election cycle that had my Facebook feed blowing up non-stop with family and friends sounding off on just about everything.

So why would I subject myself to an intense word count goal during the craziest month of the year? END_OF_DOCUMENT_TOKEN_TO_BE_REPLACED

**Just realized I never hit publish on the NaNoWriMo post I wrote at the beginning of the month! That’s what I get for blogging on the run. Better late than never, and I figured I should share this before I posted my NaNoWriMo wrap up. Spoiler alert: I did get to 50k!

November 3, 2016
Sorry I’m late! I do have a good excuse, though, since I’ve been busy cranking out 3000+ words a day. Crazy! Today, I’ve been busy driving around running errands, and it got me out of my book world enough that I finally remembered I’d forgotten to write a NaNoWriMo post. So…

First, a confession: I’m not officially doing NaNoWriMo this year. I’m in the middle of writing a project that’s been in the making for years. END_OF_DOCUMENT_TOKEN_TO_BE_REPLACED

Cue dramatic entrance music! Stage lights! And… all that other stuff!

I’m sure none of the above is necessary, but I write my blog for the sake of writing my blog. So, dear blog, I’m sorry I abandoned you.

But more importantly, I’m doing it all better. END_OF_DOCUMENT_TOKEN_TO_BE_REPLACED

Quite a jarring statement if you haven’t heard it before. Never fear: It’s a writing thing. Sir Arthur Quiller-Couch, a British journalist, critic, novelist, and professor gave the following advice:

Whenever you feel an impulse to perpetrate a piece of exceptionally fine writing, obey it–wholeheartedly–and delete it before sending your manuscript to press. Murder your darlings.

When I first heard it, I thought it meant I was supposed to make my writing bland and generic. So I ignored the statement. Who wants bland writing? END_OF_DOCUMENT_TOKEN_TO_BE_REPLACED

Writing can be an exercise in humility. When I first set out to write my current story, I was overwhelmed by ideas. The story haunted me for two years before I set anything down on paper. I had so many ideas crashing around in my head
that any attempts at writing an outline failed. I’d end up writing whole pages of dialogue and descriptive scenes.

I know. I promise I’m not whining.

Where was I? Too many ideas. I decided my problem meant I needed to just write the thing down already. I ignored the advice given by so many authors, and I abandoned outlines in favor of writing unencumbered. Sounds lovely, doesn’t it? END_OF_DOCUMENT_TOKEN_TO_BE_REPLACED